How JP Morgan Chase is Using the Tax Reform to Invest in Employees, Expansion, and Local Economies

President Donald Trump's tax reform plans have been grabbing headlines for several months. However, now the changes have arrived, JP Morgan Chase & Co. is looking to invest in all the right places.

Initially founded in 1799, the modern entity of JP Morgan Chase & Co. is a combination of several banking companies, including Chase Manhattan Bank, JP Morgan & Co., Bank One, Bear Stearns, and Washington Mutual. J. Pierpont Morgan was an American Financier and banker who, among other impressive achievements, arranged the 1882 merger which formed General Electric, one of the world's most famous and largest brands.

Today, JP Morgan Chase & Co. is America's largest banking organization - whether measured by sales, stock market value, or assets. The company employs over 200,000 staff, and has revenues of $105,486 million, placing it at #21 on the Fortune 500.

Doing Well from the Tax Reform

It's no secret that a big portion of the new tax reform bill was designed to benefit big business, and they don't come much bigger than JP Morgan Chase & Co, which is predicted to save more than $4 billion annually. Benefitting from the reform and a more constructive regulatory landscape, JP Morgan Chase & Co. has announced a five-year investment plan totaling $20 billion, designed to help its employees, and support job and local economic growth. 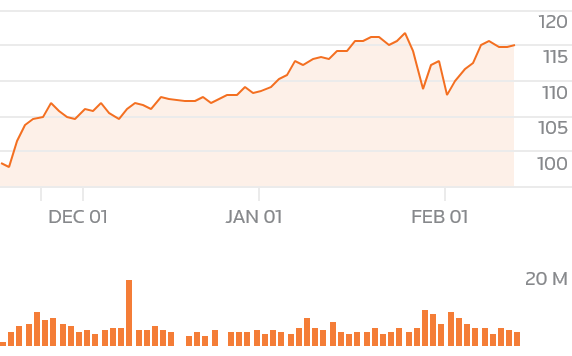 The proposed changes include increasing wages by an average of 10%, which will represent a new living wage of $15-18 per hour for over 20,000 employees. It is also increasing small-business lending and philanthropic investments, combined with increased investment into low income communities. Community-based philanthropy is to be gradually increased to hit $1.75 billion (up 40%) over the next five years, and small-business lending will increase by $4 billion. Innovations to assist low income communities will revolve around increased mortgage lending and commercial lending to developers building affordable housing - helping those on the lower rungs of society to get on the housing ladder.

"Having a healthy, strong company allows us to make these long-term, sustainable investments," said Jamie Dimon, Chairman and Chief Executive Officer of JP Morgan Chase & Co. "We are excited about further investing in our outstanding workforce and expanding into new U.S. markets. When we enter a community, we enter it with the full force of JPMorgan Chase behind it. We hire people. We lend to and support local businesses. We help customers with banking, lending and saving. And we align our business and philanthropic efforts to help more communities benefit from a growing economy. This company has made a significant economic impact in all of the communities we operate in, and we are excited to become an even more relevant part of many others."

Up to 400 new and modern branches will be opened across the United States, packed with the latest innovative FinTech, and employing a further 3,000 members of staff. The branches will focus on more electronic ATM kiosks than ever before, and there will be greater focus placed on driving growth in smaller branches which need fewer staff per branch due to the increase in innovative technology. CEO, Jamie Dimon, has been looking to expand the company into more cities for some time, but has held off in waiting for these improvements in FinTech.

"The heart of our company is our retail branches," said Gordon Smith, Co-President and Chief Operating Officer for JP Morgan Chase. "We are a leader in 23 states, but aren't yet in major markets like Washington D.C., Boston, Philadelphia, and many others. Now that we are planning to expand into new markets, we will hire thousands of new employees and help consumers and small businesses in these areas."

It's great to see a company like JP Morgan Chase & Co. using its successes to drive meaningful growth where it's needed the most. Investing in new branches, employment, and communities is a great move to make following the controversial tax reform, and should see real, measurable benefits for JP Morgan Chase & Co. and the American people it serves.

"Seventy-five percent of our deposit growth comes from customers who use our branches. Customers still visit branches, on average, four times a quarter."

The new tax reform bill and its potential impact on the financial sector is set to be a hot topic at Future Branches 2018 this December in Austin, Texas.