The speaker Michael Serao was part of the previous event. To review the most recent speakers list, click here.
View All Speakers 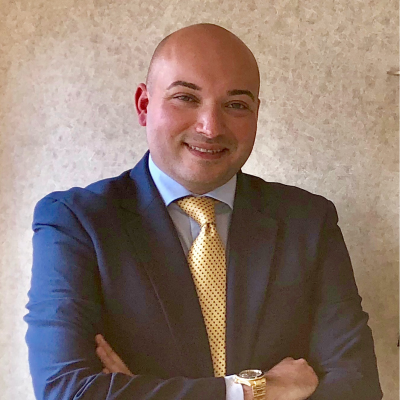 As Chief Administrative Officer, Serao brought First Central Savings Bank, or as the community knows them, FCSB, into the 21st century. Through his advocacy as a game-changing player of the nonprofit sector and a prolific LGBTQ activist, Serao ignited change for clients looking for a full range of personal banking services at a brick and mortar institution with the ability to bank virtually anywhere, anytime. Bringing FCSB’s branding to a new level, Serao inspired the troops to make the change.

Serao leads the philanthropic mission of FCSB by securing funding for nonprofits including: The NYC Children’s Theatre, The Metro Boys & Girls Club, Long Island Library Resources Council, Freeport Educational Foundation, Long Island Crisis Center, and The American Italian Cancer Foundation, plus many more. Serao believes in the value of giving back. In 2018, he personally donated over $100,000 in charitable contributions to nonprofit organizations including $10,000 to the Long Island Crisis Center. He has worked actively in the LGBTQ community as a former member of OUT Astoria and former President of the Western Queens LGBT Democratic Club. In 2018, Serao was nominated to The Long Island Press Power List as a “Rainmaker” for his activism in business and “Person of the Year” by the Long Island Crisis Center for his philanthropic commitment to the LGBTQ community.  His honors include: HX Magazine Businessman of the Year, Business Leadership Award from the Powhattan Democratic Club, and Man of the Year from the LIC Kiwanis. In 2014, the Huffington Post named him "The Banker Everyone Loves.” Serao is the Chairman of SHAREing & CAREing, Board Member for QSAC and Chair of the HR & Finance Committee, the former Board Director for the Kiwanis Club of Astoria/LIC, and previously served as an Advisory Board Member to The Immaculate Conception School in Queens He supports services for children with Autism through Quality Services for the Autism Community (QSAC) as well as senior citizens with disabilities. Serao is the Founder & CEO of Serao Enterprises and is also the President and co-owner of Guy Lombardo Properties, a multi-million dollar real estate business along with his husband, Dr. Fidel Abreu. Serao is a graduate of Queensborough Community College and New York University. He resides in Hewlett Harbor with his husband, Dr. Fidel Abreu, and their three dogs Bernie, CoCo, and Martin. Dr. Fidel Abreu is the founder of Fidel Abreu, DDS PLLC, a full service dental spa that provides a safe space for LGBTQ people and free services for victims of domestic violence.

Check out the incredible speaker line-up to see who will be joining Michael.